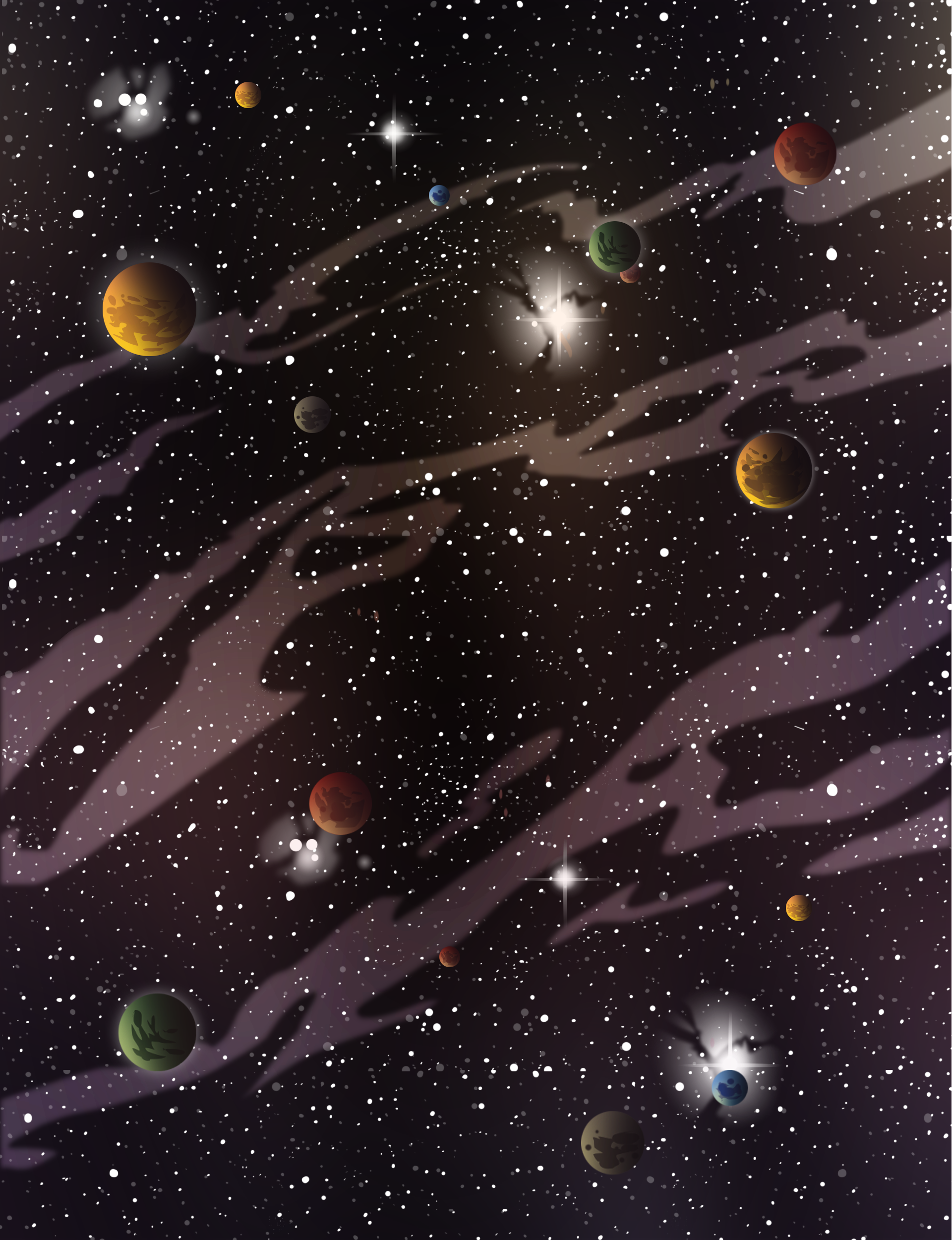 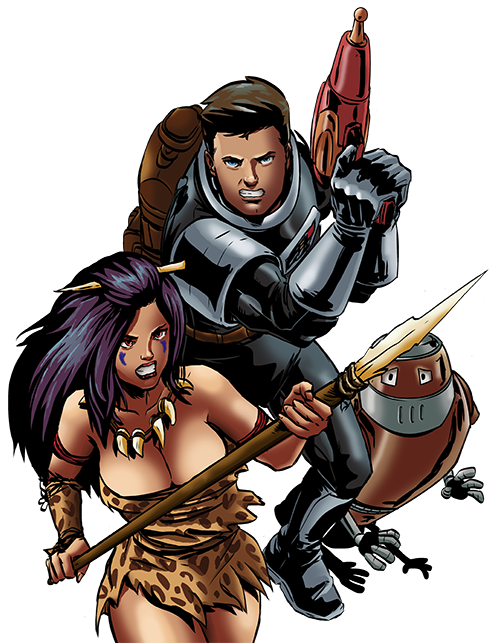 Caspian Porter is on the run! Hot on his tail are the SMCI Corporation's corporate cronies, ready to commandeer the ship, Assurance, a vessel that Caspian was given to perform an important task; shipping much needed supplies to the outer colonies. He failed, and now it's time to pay back the corporation with his life!

Follow Caspian, along with his Service Robot named, C.R.B. (Curbie), on this wild new adventure as he finds himself in heaps and bounds more trouble along the way. Caspian will face death, time, and prehistoric dinosaurs in this first issue of an ongoing series!

Caspian Porter: Employee of SMCI Corporation. Captain of the Assurance cargo vessel, ships supplies to and from the outer colonies of the solar system. Excessive gambler. 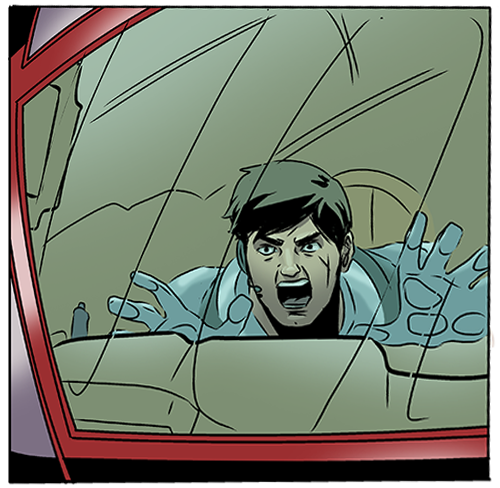 The character Caspian Porter was created by Drew D. Lenhart, initially as a cover idea for a previously published issue of the Future Sci-Fi Tales anthology. Juan Fleites provided cover art for the scene which inspired the characters, their likeness, and their adventures yet to come. Jonathan Wetmore is providing colors for the first issue as well as plotting upcoming issues.

Production is currently under way! A release date will be announced soon for a Kickstarter campaign!

Caspian Porter is © 2020 SnowyWorks LLC. This character may not be used without express permission of the creator!